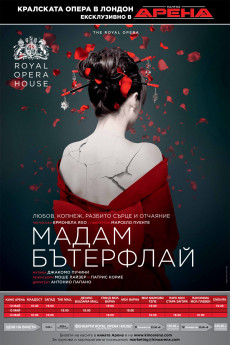 ‘Madama Butterfly’ is a very moving, if sometimes implausible, opera and contains some of the most beautiful music that Puccini ever wrote (the Act 1 love duet, the Humming Chorus, “Un Bel Di Vedremo” and the final scene particularly). It is blessed with a strong recording competition, and on DVD the only one not really worth bothering with is the visually ugly and distasteful Daniela Dessi production, which was like “Madama Butterfly goes to insect land”.This is an utterly amazing, unforgettable production of ‘Madama Butterfly’, the best ‘Madama Butterfly’ that has been seen by me in quite some time and actually one of my favourites ever (not sure how popular this view will be). Of the Royal Opera/Ballet Live Cinema simulcasts, this ‘Madama Butterfly’ is one of the best. This, ‘The Nutcracker’ (2016), ‘The Sleeping Beauty’ (2017) and ‘Le Nozze Di Figaro’ (2015) are examples of productions done with taste and being musically and performance-wise outstanding while having enough fresh touches to set them apart. Not all the simulcasts worked for me though, if you dislike ugly, swamp-drama visuals, irrelevance, strangeness, distaste and variable musical values ‘Guillaume Tell’ (2015), ‘Norma’ (2016) and ‘Il Trovatore’ (2017) are notable examples but were seen as an opera/ballet fan and for completest sake.Visually, this ‘Madama Butterfly’ keeps things simple but the production values are also evocative and sumptuous. It was all elegant in its simplicity and wisely doesn’t go for the cheap modernism, drabness or overblown symbolism that would have had potential to have distracted from the drama and the meaning of the opera itself, instead letting the drama and music speak for themselves.It is riveting in the staging as well. No irrelevance, weird distractions, nothing being over-directed or static or distaste, just compelling character interaction (especially between Cio-Cio San and Suzuki, a good thing because it’s the most interesting and important relationship in ‘Madama Butterfly’), plausible drama (overcoming any potential implausibility) and genuine pathos. It was wonderful to see the Act 1 love duet, “Un Bel Di Vedremo” and “The Humming Chorus” performed in their proper context, very different from when they’re heard on record, but the highlight was the final scene which was so emotionally devastating that it made me leave the cinema with tears running down my face.Can’t fault it on a musical level. The orchestral playing is rich and warmly beautiful in tone, while the tenderness, lyrical sweep, dramatic tension, passion and nuances all come through. The chorus sing ravishingly, with great musicality, phrasing and diction and there are no obvious balance issues. Their stage manner is very involved and hardly static. Antonio Pappano’s conducting has a lot to thank, full of feeling, detail and the ability to let the emotion breathe but not letting the momentum slip.Ermonela Jaho’s Cio-Cio San is a emotional roller-coaster performance of a lifetime. Vocally, it’s a very beautifully sung, musical and nuanced account with an ideal balance of the girlish and mature. Does she look like a teenager? Perhaps not, but that’s true of many sopranos singing the role. Marcelo Puente effectively gives Pinkerton charm, ardour and likability, a hard feat with one of the most dislikeable tenor roles in opera along with ‘Norma’s’ Pollione, and he sounds glorious throughout. The love between them makes the heart melt, which makes the final scene even more devastating.Scott Hendricks is as sympathetic and nuanced a Sharpless as one can fine today, not quite Dwayne Croft or Juan Pons but very close. He has a lovely voice, not large but used with a lot of intelligence. Elizabeth DeShong’s Suzuki is very heartfelt and richly sung, her reactions and chemistry to Jaho are firm and deeply affecting.Jeremy White looms ominously but authoritatively as Bonze and Carlo Bosi manages to be terrifyingly serpentine but also fully dimensional. Yuriy Yurchuk fares strongly as Yamadori. The little boy also wrenches the heart.Overall, amazing production that left me emotionally shell-shocked. 10/10 Bethany Cox