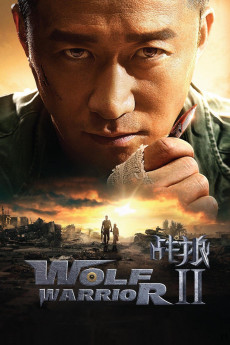 Leng Feng (acted by Jing Wu), a former soldier being discharged from the Chinese Army for his fierce action – having killed a real estate company boss in town, was wandering for his life in Africa, serving as a mercenary providing security to passengers abroad. No matter how badly off Feng was, someone was still in his mind: Long Xiaoyun, Feng’s fiancee, who had been kidnapped and lost contact with him for three years. Feng was wearing a bullet as a clue to represent her. One night in a pub, Feng and his local friends were attacked by some rebel forces who aimed to overthrow the African government. The Rebels and mercenaries troops arrived. Bullets, fire and bombs were hitting the place with blood everywhere. The Chinese nationals were in great danger. The Chinese fleet arrived to evacuate the Chinese nationals, but later Feng learned that some Chinese workers were still stuck in a factory whereas a doctor, who knew the deadly virus Lamanla, was stuck in a hospital. Feng headed to …